Nostalgic Brickfilms - Brickfilm's That You Must Watch 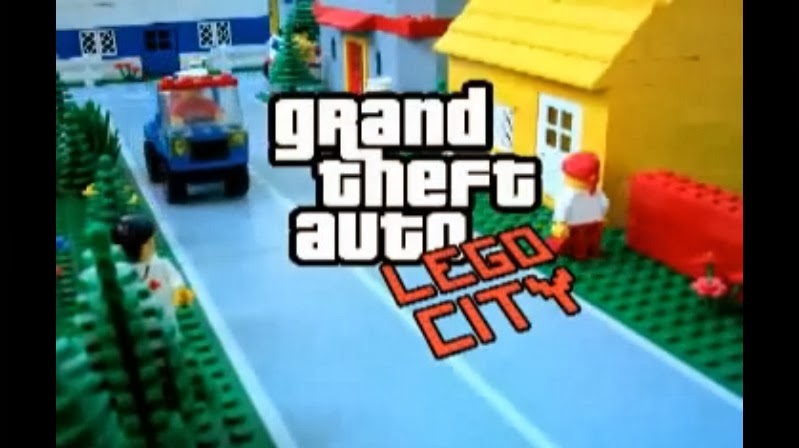 We all have to of started somewhere, or were inspired by some sort of brickfilm before most of us ever started or thought about getting into stop motion animation. For me, it was "Grand Theft Auto: LEGO City." It had the combination of Live Action and Stop Motion mixed into it. For being an 8, almost 9, year old brickfilm this really caught my attention. At the time we had GTA 3, and that game was the shiz niz. It was a mixture of one of my favorite video games for the PS2 and animation that blew my mind as a 10 year old. Although the animation is a bit rough; the live action and VFX make up for it. From the explosion VFX, to awesome muzzle flares, to fantastic HUD design, this is what motivated me to begin and hopefully make stop motion a career of mine. If you have never seen this video I highly recommend you go watch this nostalgic piece of work.
Verdict: 4.5/5   I just love the mix of Live action and stopmotion, the VFX are brilliant, need I go on? 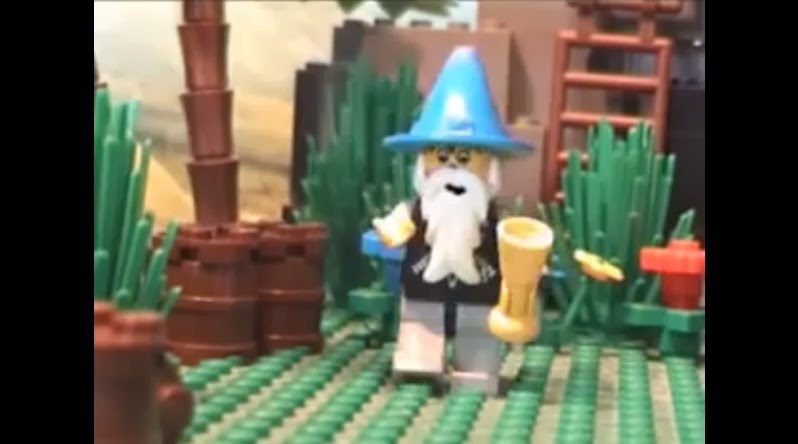 When you think of a LEGO music video you more than likely think of dancing and singing. Well, this one is a bit different from your average music video. It's been on YouTube since 2006 and has more than ten million views, so, you've more than likely seen it. EITHER WAY, I'm still going to recommend this work of art and classical brickfilm. It has some rough animation, but the humor and mouth animations are just superb for it's time. To me this was like, "WHOA, that LEGO minifigure is moving his mouth!" I thought that this was, like, THE NEXT THING in stop motion. We would have Brickfilms with mouth animation and realistic movements...Yea, that wasn't for another 3 years until Brickfilming actually became a legitimate thing and everybody wanted to do it. I look back at this video sometimes and realize, man, we've gotten pretty far in these past years. The final verdict for this classical humor Brickfilm is a 4/5! In the Fall of 2008 when Rock Band really started to catch on, this video was created in part with a special song that is sadly unknown. This video has it all: beautiful VFX, a fantastic mock up of the Rock Band HUD, drums and guitars very similar to the game. If this doesn't manage to entertain and impress you I don't know what will. For the year of 2008 these visual effects really blew everyone away. I think the only place you could find some great VFX like this was either by some company that created a boring live action video, or by some guy stuck in his basement and forgot that reality existed and wanted to impress his mom by getting his work of art put on the fridge...Whoever this guy is, he's extremely talented and devoted a lot of time and effort into making this video look really good and entertaining. The animation is nice and smooth, the little bits of comedy always make a video better and that much more entertaining. If you yourself plan on making a short music video I recommend you watch this video and get some ideas from it. It has everything people love: Lego, stop motion, Rock Band, and a sprinkle of comedy. Final Verdict... 4.5/5 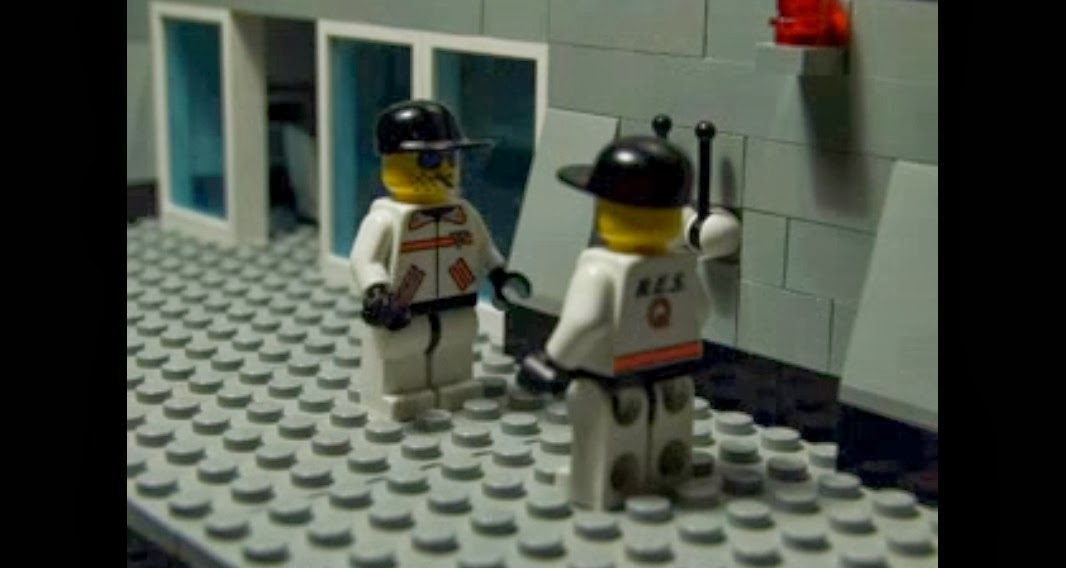 Think fast! What secret agent does everyone love? James Bond, a.k.a. 007. What else do people love? LEGO. This video is what happens when you put 2 and 2 together. The massive set designs really show what can be done when you put your mind to it and create your own world of LEGO that also involves the great British agent, 007. The creator of this video was also generous enough to share some tips and tricks on his website on how he created this video. This isn't just a video you watch once and forget about it, this Brickfilm is the definition of a fan film. The fact that he created his own world and original story then animated it over the course of 2 years takes dedication. Final verdict, 4.5 out of 5! 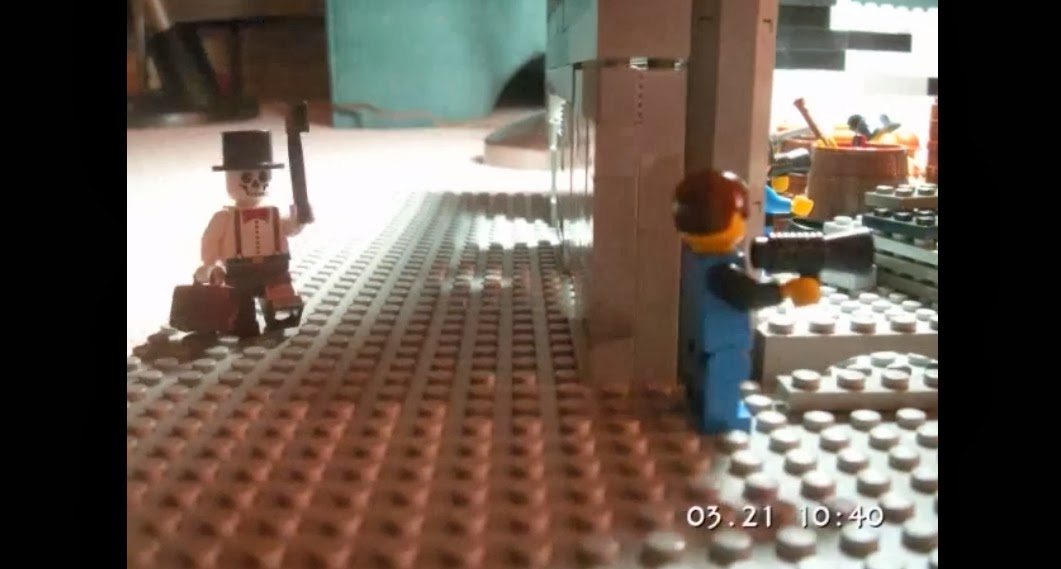 Now, this video isn't necessarily a classic but it's one of the few videos that intrigued me to try and make a James Bond video of my own. It may not have the best of animation or voice acting, but it's an excellent representation of how far you can go with just comedy and cheesy effects. The fact that this manged to become a rather popular series back in the day doesn't surprise me. Everyone loved James Bond films because they had revived the 007 franchise. Quick Tip, if you want to gain views make videos that have a popular fan base to them. i.e. Sherlock, Doctor Who, Supernatural, Psych, etc.
Final Verdict is 3.5/5 The MSpaint FX are cheesy and funny, the animation is pretty choppy but I just can't get over the comedy in it. 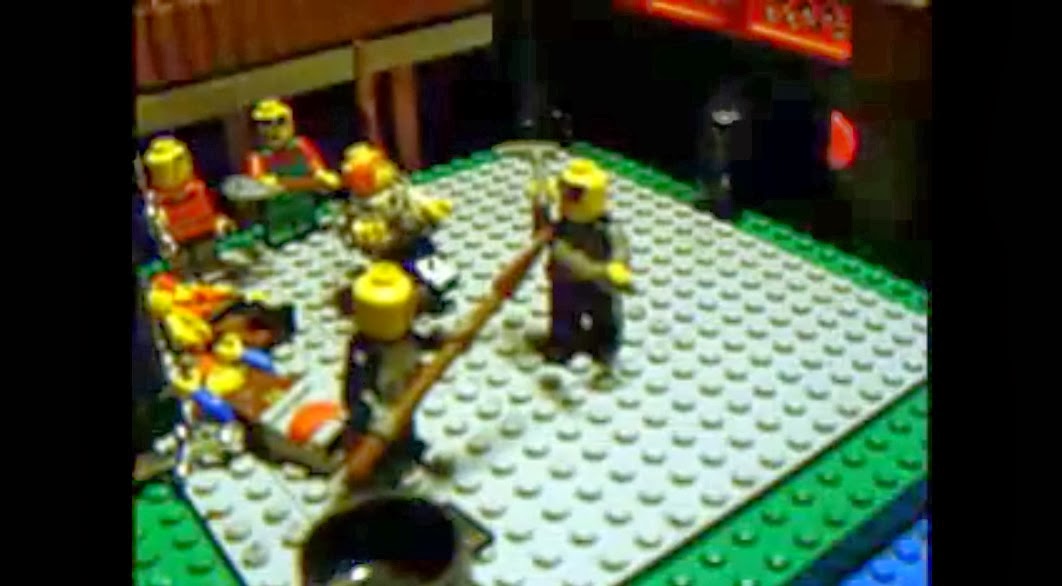 I wanted to save best for last. The famous LEGO Fight Scene video. The stunning animation, super catchy music, amazing blood animation and original muzzle flares. What is there not to love about this classic?! If you enjoy action packed Brickfilms and lots of blood in your videos, this right here is a video, every Brickfilmer that makes action videos, should watch. It will show you the core elements of what makes a fight/action video what it is.For those of you who use LEGO for blood particles and what not I recommend you try using clay. Might as well make it a half claymation half Brickfilm video.
Everyone is going to have a different opinion on this video since there are a handful of people out there that aren't very fond of killing and graphic videos, but in my eyes, this video is a 5 out of 5. A magnificent video that deserves every bit of credit and ounce of love.

~Sean McCarrollFilms the IV
Posted by Unknown at 10:43 AM